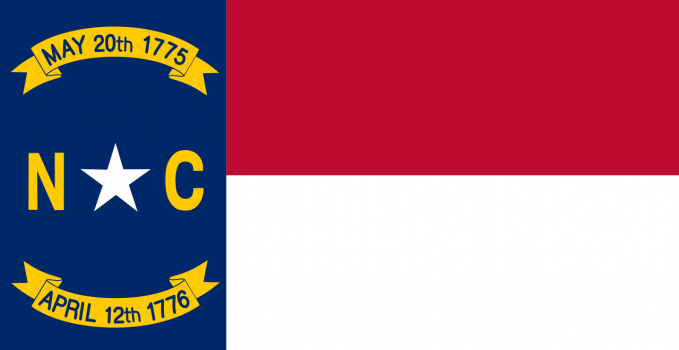 WaPo: North Carolina – The Senate race that really could decide the majority

If you watch just one Senate race this year, make it North Carolina.

The Democratic Senatorial Campaign Committee just launched a $9.1 million TV ad campaign there. That’s a big-time investment that reaffirms 1) just how crucial North Carolina is in the battle for the majority and 2) just how expensive it will be to win the state.

Let’s start with the first point by reviewing the Senate map. Republicans need to gain six seats to win the majority. They are heavy favorites to win open seats in Montana, South Dakota and West Virginia. From there, their sights are set on four states Mitt Romney won where Democrats are running for reelection: Alaska, Louisiana, North Carolina and Arkansas.

Of those four, North Carolina is the most Democratic. President Obama won it in 2008. There is a big coalition of African-American Democratic voters who, if convinced to turn out in big enough numbers, could swing the race toward Sen. Kay Hagan (D) and away from state House Speaker Thom Tillis (R).

If Democrats win North Carolina, it means Republicans either have to run the tables in the other three red states or go 2-for-3 and pick up another state — most likely either Colorado or Iowa. All that assumes, of course, that the GOP does not cough up Kentucky or Georgia and takes care of business in Montana, South Dakota and West Virginia.

Think about the flip side: If Republicans win North Carolina, they would give themselves some breathing room. They could afford to lose one of Alaska, Louisiana or Arkansas and still win the majority, assuming again that they do not give up any seats or blow their golden opportunities in Montana, South Dakota or West Virginia.
North Carolina is also expected to be one of the most expensive states to compete in, meaning it will really test how big both parties are willing to spend. It’s the 10th most populous state in the country and home to many expensive media markets. That’s why it costs so much to play there.

Candidate and outside ad spending has topped $43 million so far in the North Carolina race. That’s a lot of money. And consider that $9.1 million is about a third of the DSCC’s $30.5 million cash on hand total at the end of June.

With so many seats up for grabs, party strategists are going to have to make some tough decisions about spending — and North Carolina’s price tag will be a big part of their calculations. In Alaska, a much less populous state where air time is much cheaper, both parties can afford to max out on the airwaves without breaking the bank. That will not be the case in North Carolina.

A lot of Senate candidates are going to pitch their race as the one that could decide control of the Senate this cycle — a frame designed to woo donors, media attention and votes. But when you hear Hagan and Tillis say it, you better believe it.