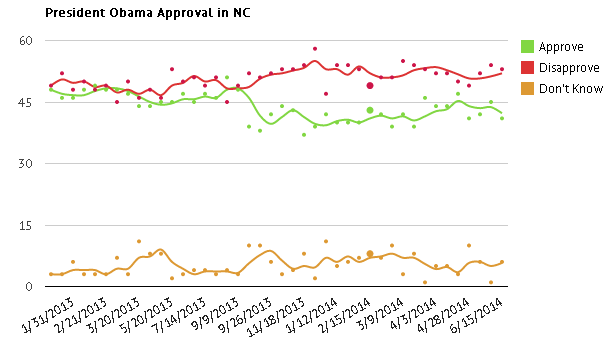 The poll also found that voters, by a 10 point margin, do not want to see “President Obama’s agenda implemented on the state level in North Carolina” (38%-48%).