Christians who view faith as significant factor in voting identify as Faith Driven Voters; 95% of FDVs believe they have responsibility to vote; 83% say faith should be a factor in politics and governing; 47% say candidates fail to connect

Today’s new American Insights data show that Faith Driven Voters – citizens whose faith significantly influences their voting decisions – comprise a full third of the electorate in North Carolina, people who hold sufficient votes to, if motivated, decide the North Carolina elections in either direction. These voters, who see politics through the lens of their faith and believe they have a responsibility to vote, don’t believe either party or candidate for the U.S. Senate represents them well at this point in the race.

“North Carolina, once called ‘The Buckle of the Bible Belt,’ is a state where faith plays a major role in the lives of its citizens. Today’s groundbreaking American Insights poll, the first time anyone has quantified Faith Driven Voters in the state, finds that they make up fully one third of the electorate,” said American Insights Director Pearce Godwin. “While 95% of Faith Driven Voters believe it is their responsibility to vote, they don’t believe that the major political candidates connect with them and represent their values. This powerful voting bloc appears to be up for grabs; there are more than enough disaffected Faith Driven Voters to swing the North Carolina senate race to the candidate who is best able to genuinely connect with them. Kay Hagan scores low with these voters, but Thom Tillis is also underperforming with them. While Kay Hagan’s rating among FDVs is consistent with that of the Democratic Party, Thom Tillis lags behind the Republican Party by seven points. This leaves each candidate with a unique opportunity down the stretch.”

American Insights takes the pulse of North Carolinians to determine where they stand on key topics including politics, public policy, business and faith issues. The firm’s website – AmericanInsights.org – serves as a hub for data and intelligence on topics of interest, featuring exclusive AI Trend Charts, which aggregate all North Carolina polling data on key topics, providing a one-stop snapshot of current trends in the state.

American Insights accurately and objectively discovers and reveals the opinions and motivations of Americans through polling, survey research and microtargeting, yielding actionable insights for our clients and the public. 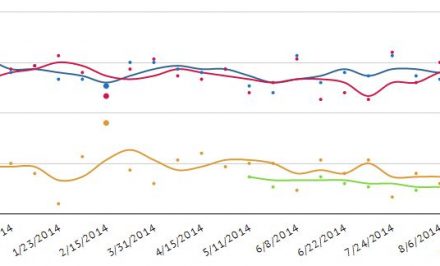