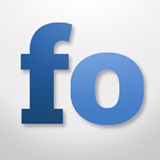 The candidates in one of the most important elections for control of America’s government will face each other tonight in the first of three debates scheduled this election season.

Today’s contest between Democratic incumbent Kay Hagan and Republican challenger Thom Tillis starts at 7 p.m. Their race is seen as so important to national politics – the election could determine whether the Republicans can push the Democrats out of power in the U.S. Senate – that public affairs cable channel C-SPAN will broadcast it across the country.

“Obviously, I’m looking forward to these debates,” Hagan said in an interview last week at her Goldsboro campaign office. “I think it will be a great opportunity for people in North Carolinian to see the contrast between my work in the Senate” and Tillis’ politically conservative decisions in the state legislature, she said. She cited a recent National Journal report rating her as the nation’s most moderate senator.

Tillis, too, described himself as “looking forward” to the debate.

“I feel like a lot of what we’ll discuss in the debate is a very sharp contrast between we’ve done in North Carolina and what Sen. Hagan’s done in Washington,” Tillis said in an interview at the Buncombe County Republican Party headquarters in Asheville on Friday. “She’s really done nothing except be a rubber-stamp” for President Barack Obama, he said.

This debate may be a little too early, nine weeks ahead of election day, to reach most voters, said Republican political pollster Pearce Godwin of American Insights in Raleigh.