Pearce Godwin, director of the Raleigh-based American Insights polling firm, reviewed the exit polls in conjunction with his own trend chart of pre-election polling and came up with some additional observations:

• About two-thirds of undecided voters broke for Tillis at the last minute.
• Tillis won native North Carolinians 53 percent to 41 percent. Hagan won the vote of those who moved here, 51 percent to 46 percent. A little more than half of those surveyed were natives. 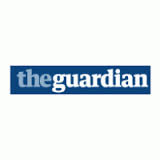 The Guardian: Christian Bale: Moses was ‘barbaric’ and ‘schizophrenic’