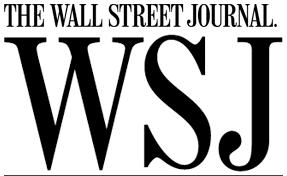 North Carolina Sen. Kay Hagan’s halting embrace of President Barack Obama this week showed the incumbent is in a dogfight to hold on to her seat in a state the president lost in 2012. But if the race stays close as it looks right now, voter registration data out of the state suggest Ms. Hagan might have at least a little bit of help lurking in the state’s voter rolls.

Since 2010, the last senate race in the state, the North Carolina has gained about 300,000 people. And comparing registration from then and now (August 2010 vs. August 2014) the numbers are up more among groups that tend to benefit Democrats, including African Americans, Hispanics and populations in counties that voted for President Obama in 2012.

To be sure, registrations are up across the board, but the figures show bigger jumps among those groups by percentages and smaller increases in real numbers.

Those numbers don’t necessarily mean Ms. Hagan will have an advantage on Election Day over her Republican opponent Thom Tillis. There are still 90-plus days for registration drives for both parties and there is, of course, the question of turnout – whites tend to turn-out in higher numbers for elections, particularly midterms, as we noted earlier this week.

But these figures suggest that, all things being equal, Ms. Hagan has a very small advantage relative to the North Carolina’s Democratic Senate candidate in 2010, North Carolina Secretary of State Elaine Marshall. That’s in a race that is currently rated as a tossup, with some polls showing Ms. Hagan ahead and others showing Mr. Tillis up.

Partisan registration numbers are not especially telling in North Carolina. Democrats hold, and have long held, an advantage in the state – currently about 2.7 million vs. two million for Republicans – yet the state often votes Republican in statewide contests. And since 2010 Democrats have seen a slight decline (about 7,000) while Republicans have seen an increase (about 58,000).

But the real growth has occurred among unaffiliated voters, which have seen their ranks swell by 330,000 people to 1.7 million in 2014.

There’s one other small nugget in the data worth nothing. The other partisan group that has seen growth in registrations is Libertarians, which have gone from about 8,200 people in 2010 to more than 24,000 now.

The numbers are still obviously quite small, but in a close race they could matter because of the third candidate in the North Carolina senate race, Libertarian Sean Haugh. Mr. Haugh is currently drawing about 10% of unaffiliated voters, according to one recent poll.