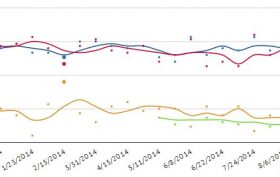 By Pearce Godwin, Insights Director With Labor Day now behind us, the US Senate race in North Carolina is set to quickly heat up and will only get more intense over the next nine weeks until Election Day on November 4th. The homestretch will get a jumpstart Wednesday night with the first debate between Senator Kay Hagan and Speaker Thom Tillis. Not too much has changed since our last state-of-play analysis on August 8th. North Carolina is still poised to be the decisive race for party control of the UnitedRead More 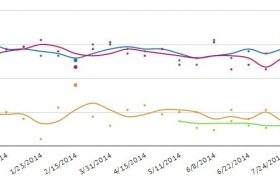 By Pearce Godwin, Insights Director Now within 100 days of Election Day, we are seeing a higher frequency of polling on the North Carolina Senate Race between incumbent Kay Hagan and House Speaker Thom Tillis. The attention of the political world is turning toward North Carolina as our race may very well be the decisive tipping point for control of the United States Senate. Republicans require a net gain of six seats to wrest control from Democrats. Three Republican pickups are almost assured – in South Dakota, West Virginia andRead More